Ko wai mātou Who we are

We are governed by a diverse group of competent leaders, with Dr Eruera Tarena at the helm. 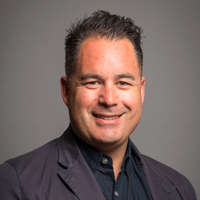 Eruera joined the Board of Te Māngai Pāho in 2014 and was appointed Chair in November 2016. Eruera brings a strong background in te reo, tikanga and language revitalisation to the Board, as well as extensive strategic management skills and academic leadership. Eruera is Executive Director for Tokona te Raki: Māori Futures Collective, a centre for indigenous social innovation based in Otautahi/Christchurch. He has worked across multiple divisions of Te Rūnanga o Ngāi Tahu and has extensive experience facilitating collaborative partnerships, cross-disciplinary teams and projects. A graduate of Te Panekiretanga Centre for Excellence in te reo Māori, Eruera studied Māori oral traditions for his master’s degree and received the Fullbright / Ngā Pae o te Māramatanga Scholar Award in 2013. He was a First Nations Future Fellow at Stanford University in 2011 and was awarded his PhD in 2015 for his study of indigenous organisations, their design and how they balance culture and commerce. Eruera has recently received a NEXT Foundation Fellowship to develop an indigenous innovation framework. Most important, Eruera is the father of four tamariki raised in te reo who are his driving force in language revitalisation efforts and his reality check on how younger generations engage with te reo content and how they choose to express themselves and their culture through te reo. 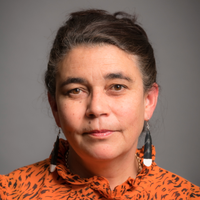 Kim Ngarimu joined the Board of Te Māngai Pāho Board in December 2016. Kim is a director of Tāua Limited, a consulting company specialising in public policy and public management. She has had nearly 30 years’ experience working with, or within, government, including as Deputy Secretary Policy with Te Puni Kōkiri, Acting Chief Executive of the Ministry of Women’s Affairs and Acting Director of the Waitangi Tribunal. Kim holds a number of other board roles, including as a member of the Medical Council of New Zealand, the Waitangi Tribunal, and she is Chair of Hauora Tairāwhiti DHB and Deputy Chair of Te Pūkenga the New Zealand Institute of Skills and Technology. 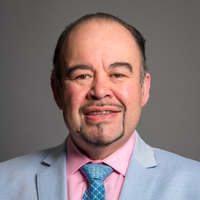 Paraone Gloyne is a Māori language advocate, teacher, composer, mentor, innovator, and broadcaster, with a focus on language, custom, ceremonial calling, oratory and traditional songs. He has taught for more than 10 years at the national Kura Reo, and tutors at Te Whare Kōrero o Raukawa. Mr Gloyne is a former student, advocate, and support tutor of Te Panekiretanga o te reo Māori (the Institute of Excellence in the Māori language), and works as the Pou Tikanga and Pou Reo Matua at Te Wānanga o Aotearoa campus in Te Awamutu, facilitating the internal Māori language strategy Reo Ora. He was instrumental in the creation of Mahuru Māori, and is the announcer and programmer of Taringa, a bilingual podcast of Te Wānanga o Aotearoa. Mr Gloyne is currently the Chairperson of the Tainui Waka Cultural Trust, delegate for Tainui to the National Committee of Te Matatini, member of the executive committee or Te Ara Wai: Te Whare Taonga Hou o Waipā. He is also the chairperson of the Te Taumatua of Mōtai Tangata Rau, and the Marae Committee of O-Tāwhao and is currently the organisers of the executive group of Te Ahu o Te Reo ki Tainui. 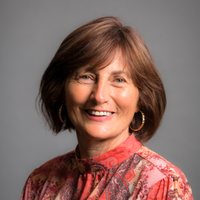 Tamalene brings more than 30 years of television and film production experience and knowledge to her role of Te Māngai Pāho Board Member. Throughout her extensive career, she has collaborated with other Māori producers and industry organisations to prioritise capacity building, advocate for Māori working in the screen industry, and create opportunities for authentic Māori programming and storytelling. Part of that process was lobbying for a dedicated Māori channel. Tamalene is Chair of the Committee of Management responsible for managing and growing the assets of her Hokianga based hapū and is part of the taumata at Te Herenga Waka O Orewa, a community-based marae in Silverdale.